No Result
View All Result

No Result
View All Result

by Prepared Patriot
in First Aid
0

Sepsis is responsible for 52,000 deaths in the UK each year. A distressing 250,000 people contract the condition, which can have life-changing implications. Many of these are unknown by most people – they range from fatigue and poor concentration through to PTSD, amputation and organ damage.

Caught early, the outcome from sepsis is good. It is the delay in treatment that can lead to the spiralling of the condition resulting in multi-organ failure and potential death. The Sepsis Trust claims that improved national awareness could save as many as 14,000 lives a year.

Sadly, the early symptoms are often easy to miss and often there is a delay in Emergency Services, GPs and hospital staff recognising the condition. This delay has major implications and often the window of opportunity when antibiotics can treat the sepsis is missed.

Sepsis is a common and potentially life-threatening condition where the body’s immune system overreacts to an infection. It results in widespread inflammation, swelling and blood clots. This leads the body to go into septic shock, characterised by a dramatic decrease in blood pressure interrupting the blood supply to vital organs such as the brain, heart and kidneys. Above all, sepsis needs to be treated quickly and aggressively in hospital. Sadly, it is often responsible for amputations, brain damage and deaths. It is vitally important to recognise symptoms early and treat promptly.

As of January 2020, sepsis causes one in five deaths around the world. The researchers at the University of Washington estimate that 11 million people a year are dying from sepsis – more than are killed by cancer. Most cases were in poor and middle income countries, but even wealthier nations are dealing with sepsis. Even in the UK, sepsis is a challenge. The death rate is higher than in countries such as Spain, France and Canada. In addition, there are around 48,000 deaths from sepsis in the UK each year, the report shows. One of the most common ways of developing Sepsis is following an operation or injury where the wound becomes infected, or as a secondary infection following an illness such as Meningitis, a chest infection or septic throat.

Read here our article on Starfish, a true story about sepsis.

What has septicaemia got to do with it?

Sepsis is sometimes referred to as septicaemia or blood poisoning. However, septicaemia is an old, now defunct term which implied there was something we could measure in the blood which indicated sepsis – this is not the case. Therefore, Sepsis is the preferred and more accurate term for the condition.

Sepsis can be triggered by an infection in any part of the body. The most common causes of sepsis are the following;

Most cases are caused by common bacteria which wouldn’t normally induce illness. Trauma is responsible for 2-3%
of reported cases.

What needs to be improved nationally?

The Royal College of Nursing held a conference in May 2019 in which they stressed the need for an urgent dissemination of a national Paediatric Early Warning Score to improve identification of the signs of sepsis in children. Currently, between 1000 and 4000 children die each year from the condition. An adult symptoms checklist is already used by the NHS, but trusts use individual systems for children which results in an inconsistent and unreliable approach

The Sepsis Trust claim that patients presenting early being around half as likely to die than those presenting late. This emphasises the importance of awareness.

The condition deteriorates in children far quicker, and therefore it is particularly important for those in childcaring positions to be fully informed of the signs and symptoms.

Possible Signs and Symptoms of Sepsis

Unfortunately, early Sepsis can be a difficult condition to recognise and often takes a while to diagnose. Sepsis can occur in any age group but small children deteriorate particularly quickly. The Sepsis Trust has issued the guidance below to help parents and child carers quickly recognise the signs and symptoms in children: http://sepsistrust.org/

Sepsis can be hard to recognise at first as early symptoms are similar to flu and other common illnesses. In addition, sepsis often follows on from Meningitis and Septicaemia (blood poisoning). Many of the symptoms are similar and all these conditions are extremely serious. 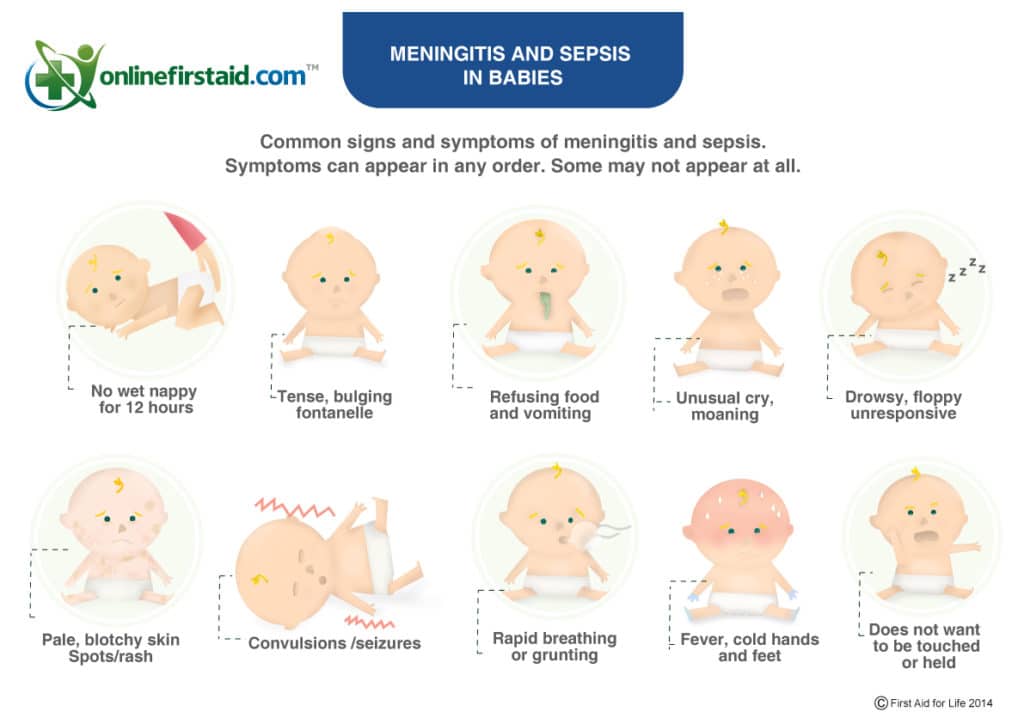 Certainly never wait for a rash

When to go to get medical help:

If you are sent home from the hospital or GP Surgery and the casualty is getting worse return again. Most importantly, trust your instincts and tell them you are worried! 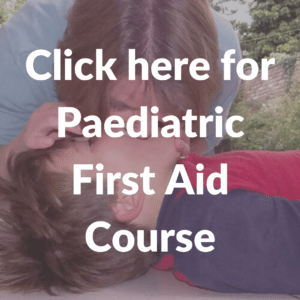 First Aid for Life and Online First Aid provide award-winning first aid training tailored to your needs. Please visit our site and learn more about our practical and online courses. It is vital to keep your skills current and refreshed. We are currently providing essential training for individuals and groups across the UK. In addition, we have a great range of online courses. These are ideal as refreshers for regulated qualifications or as Appointed Person qualifications.

You can attend a fully regulated Practical or Online First Aid course to understand what to do in a medical emergency. Please visit https://firstaidforlife.org.uk or call 0208 675 4036 for more information about our courses.

First Aid for Life is a multi-award-winning, fully regulated first aid training provider. Our trainers are highly experienced medical, health and emergency services professionals. They will tailor the training to your needs. Courses for groups or individuals at our venue or yours.

First Aid for life and Online First Aid provide this information for guidance only. It is not in any way a substitute for medical advice. We are not responsible or liable for any diagnosis made, or actions taken on this information.

Source
What is Sepsis? – #WorldSepsisDay2021 is written by Emma Hammett for firstaidforlife.org.uk

Asthma attacks – How to avoid the ‘September Surge’

Asthma attacks - How to avoid the 'September Surge'